life in the barrio

You’ll have to excuse last week’s lack of a blog entry… I was just too busy cooking rice and beans, taking bucket showers, and killing scorpions. Manna Project had moved to the barrio! Over the past two weeks, the current eight PDs have been doing homestays in Cedro Galan and Chiquilistagua, two communities in which we work. And to say it was “an experience” would be quite an understatement. Maddie had to cook Nica food for the whole family (for the first time, by herself!). Mose and I got a little (a lot!) sick and spent a few days vomiting. Nikki kind of didn’t shower. Christina woke up each morning with children on top of her. Michael learned sign language. Tressa was constantly running away from a crazed grandma (wearing feathers?!). And Josh celebrated his 22nd birthday watching Spanish movies with a 10-year-old. 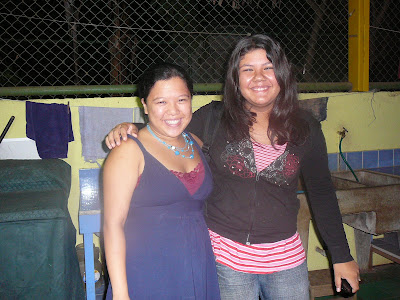 But despite such hilarious adventures, the opportunity to live alongside the families we daily serve was invaluable. Sleeping in a 3-room concrete house, showering with a bucket, hand-washing my clothes… all of these simplicities form a way of life here, a dear existence stripped of the luxurious security of the “first world” that so often forms a bubble of stale and lazy ambivalence. My heart was indeed humbled by the generous spirit of my “madre” Raquel and the way she served me with such strength and grace. It was a modest home – but one brimming with hard work and a deep joyful determination. When life is hard, a purposeful perseverance is fostered. It was a privilege to witness this.

And so we’re all back in the Manna house now (which almost feels like the U.S. sometimes!). We have peanut butter and cereal, flushing toilets, and tile floors – but I’ve learned that everything I really need fits nicely in a backpack. 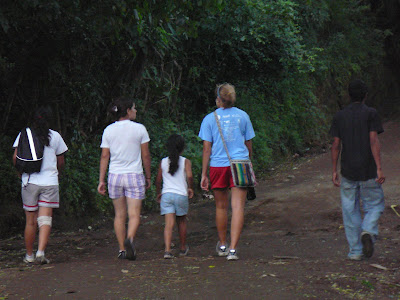