a new kind of dance party

It may seem oxymoronic to place a costly sound system within a pile of garbage, to pair a Northamerican college student with a dirty Nicaraguan child, or to see joyful dancing within a neighborhood of need. But last week within the trash mountains of La Chureca, Dia de Luz (Day of Light) called for a partnering of such opposites. Love, Light & Melody is an organization that works within the Managua municipal dump, loving on its inhabitants and seeking to serve them as they encourage both adults and children to seek a better life. Founded by musician Brad Corrigan (originally of Dispatch), this group plans Dia de Luz each year with the intent of bringing gringo and Nica together, uniting us as humans, and manifesting a joy through music that celebrates life. 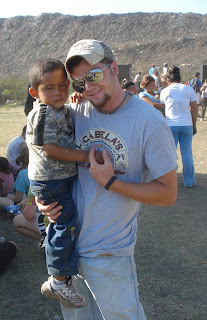 This concert by Braddigan (the name of Brad’s current band, inspired by and centered around La Chureca) was preceded by many events throughout the week intended to connect and serve dump families. Many Manna PDs, along with a spring break group from UNC-Wilmington, were invited to assist in planting flowers around homes and participating in field games. Gringo and Nica dug together, played together, and ultimately danced together as the week drew to a close with the concert. And in this final event there was something surprisingly powerful. Set before a backdrop of garbage and smoke, Brad sang of walls falling down and the hands of a mighty creator. And filling a dusty field before the stage were people from the dump and the suburbs, from the developing world and the first world, from dirt floor shacks and air conditioned mansions. With dirty feet and painted faces, people tossed water in the air and danced hand-in-hand, perhaps oblivious to the the juxtaposition they formed, but fully aware of the delight found in unity and music. 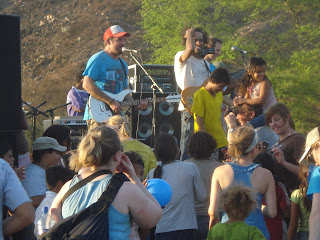 The following day as Braddigan played a benefit concert at a beach hotel, he spoke of the need to bring the poorest of the poor to an ocean resort and the wealth holders of the world to a destitute dump. All people should be allowed to witness the beauty of the beach – and the beauty within a neighborhood of trash. Brad spoke of bringing our worlds of difference together and how significant it might be to break down the disparity between rich and poor and to expose each extreme to the struggles and splendors of the other. We are handicapped by the layers of separation existing within our globe, those that are perhaps forced to exist in order to maintain an apathetic comfort. So what a striking and influential picture Dia de Luz was in revealing for a moment the beauty of differences broken down in order to witness a union of humanity!