It was July 11, 2008, that we arrived to Nicaragua. Confused, exhausted, frustrated over lost luggage and language barriers and currency exchance – but so full of anticipation for the year to come. And we had no idea then what the next 13 months would hold or how fast they’d fly by.

So it was that last Saturday marked our MPI one-year anniversary. A year ago on that day, the old PDs picked us up from the airport and whisked us off to dinner at a traditional Nicaraguan restaurant called Doña Haydee’s. Over our first tastes of gallo pinto and cacao, the “old balls” recounted funny stories from the year, telling us what to look forward to and what would be hard. And last week, we found ourselves in the same restaurant on the same day… but this time a year later, with the new group in tow. The parallels were uncanny and bittersweet. This time we were the old ones. We were the ones speaking Spanish with confidence, advising what to order, and laughing over the past few months. 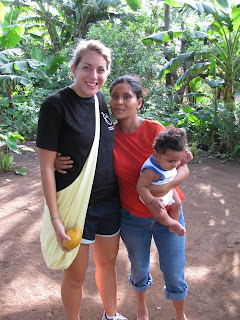 Having the new group of PDs finally here (after so many hours of selection and anticipation!) incites even stronger feelings of nostalgia for the past year… and both despair and excitement in expectation of the coming transition back to life in the States. It’s a beginning for all of us. The beginning of adjustment and orientation for the newbies. And the beginning of the end for us “old balls.” There are lots of goodbyes to come as we begin our trek out.

Leaving this place behind will be a process of contemplating and reconciling. Saying goodbye is hard, but perhaps harder is the thought that this phase of life is ending. Living in community. Working alongside friends, both gringo and Nica. Spending hours in a rural neighborhood, playing and exploring. Sitting in families’ homes. Speaking Spanish. Having time to ask the “why” questions and put together a more complete picture of what is this world. It’s all about to end. 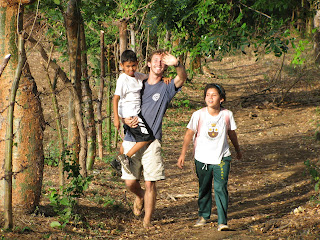 Nikki heads out next Wednesday (because she wants to go to med school or something?!?) and the rest of us depart in early August. The next few weeks will fly by. And though it seemed at times that this time would never come, when I board my flight to go home I know I’ll be wishing this chapter wasn’t over.